Of course like any other high school student I had English language as a subject, and had learned how to write book reviews in class. But I never liked the way people who review something just end up using the review as a place for them to showcase their extensive vocabulary. Instead of telling what sort of poetic device or which worldly issue the writer has focused on, I’m gonna tell you what exactly I felt when I read this book.

Okay so before we begin I’ll give a little insight to how I came to know about it. I had befriended H.R Phoenix and we became blogger friends. She had a blog on writing and as a fellow writer I loved her posts. She then suddenly asked whether she should publish her book then or not as she wasn’t sure anyone would buy it. I had never bought a kindle e-book before as I didn’t own a kindle and wasn’t sure if I could buy it. But I had to support a fellow writer who was also an amazing friend along with the fact that Phoenix had included my name in her acknowledgements. I was so endeared. It was her first book and I was honored to be a part of it. I had to get it. I asked my parents and they gave me a green light (after a lot of persuading) and I was over the moon. My elder cousin sister then bought it for me after a while. (Love you sissy❤️)

Okay enough of the monologue/flashback/ a story no one cares about. Let’s get to reviewing the book.

So it’s a pretty book with these (get your own to find out the exact number) many pages and poems. The poems have a few illustrations here and there. I’m just bad at describing but the overall layout is pretty neat considering it’s her first book. The poems though are absolutely delightful. From cats to mountains to even the stars they take you everywhere. Like a hush lullaby some of them can even lull you to sleep. Calm and peace is what they all talked about. Calm and peace is what I felt what I read them. Serenity and a sense of belonging. If you’ve ever read any of her poems you know what I’m talking about. My most favorite one that I wanna give a shout-out to was the “storm walker”. I had asked given a heads up to Phoenix about this so check out her blog for the amazing poem. (https://penableme.wordpress.com/2020/05/15/storm-walker-a-poem-from-my-book-sensations-and-stars-and-other-poems/)

This poem talks about how despite the stereotypical views a storm to some isn’t actually a scary thing. (Excuse my lack of vocabulary my brain isn’t functioning to its full potential at the moment.) And for the first time let’s not think metaphorically shall we. I mean it’s a poem I know but let’s talk about the literal storm. The pouring thunder and the cackling sound of lightening. (I know lightening doesn’t have a sound but…shush.) The way the grey skies blanket your surroundings creating an ambience of sorts. I just can’t explain that moment well because once it happens you just drown in it. You fall and fall until all you hear are the pouring raindrops. The thunder echoes and everything goes quiet for those seconds the skies decide to roar. The seconds following the thunder when the echoes fade and suddenly the pouring raindrops appear to have gotten louder. When lightening strikes and flashes its light everywhere making it seem like daylight has come to say hello for those seconds. Even if it’s midnight. When a storm greets your door it always brings a surge of emotions along with it. Nostalgia, calm, peace, euphoria, and when all you want to do is just fly into the rain. Up into the clouds where the storm dwells. Just to hear that thunder once again or see that lightening. Yeah so if my point isn’t clear enough yet, I love storms. Especially stormy nights. What’s a better way than to begin your day with a few greetings from the skies?

This book just doesn’t have a sense of relatable nostalgia but it also has the right amount of everything that nothing overpowers the other. I mean it doesn’t just focus on one aspect but literally talks about all the sensations and stars.

Okay so this was my first book review for a poem…yeah first…so cut me some slack if I did it all wrong…(sorry Phoenix I tried buddy) but I think reviews are just a personal opinion. To known how a book actually is you should read it yourself. And then maybe you can write a better review than mine😃. So what are you waiting for just get the book and let your heart decide for itself : https://www.amazon.in/dp/B087HPMY2M/ref=cm_sw_r_cp_awdb_t1_074YEb9NCVEHQ

A seventeen year old girl on a quest to unravel the secrets of the universe. View all posts by fromastrangertoyou

Read it in your language 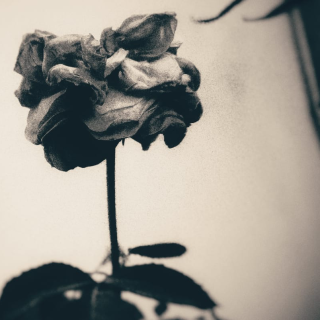 A seventeen year old girl on a quest to unravel the secrets of the universe.